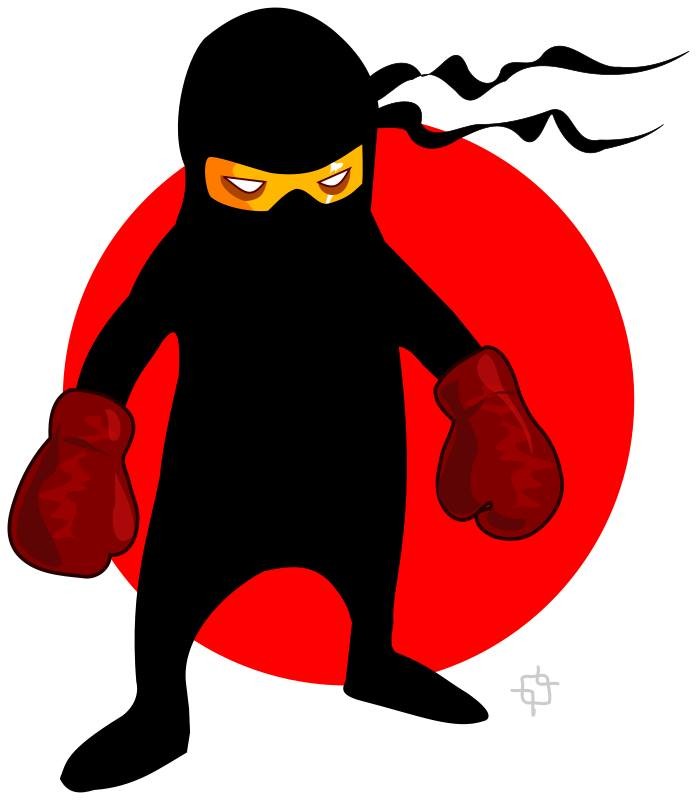 I also find the title of the article pretty strange, but it reflects the situation that is going on. I would like to express my thoughts about the difference between Martial Arts as Bujinkan Budo Taijutsu is and combat sports, which took its history in Japan not longer than100 years ago (from 1868). However, because of it such a pattern of thinking was formed and people do not see the core point between these two concepts. First of all let us reveal the aims, which are in pursuit by the sports and military tasks. Thus, we will better understand the formation of the technical actions.

designed for sports and educational purposes. Technical actions are initially limited and aimed to minimize injuries. For the same purposes protective gear is used: tatami - reducing the risk for falling down, gloves and other protective stuff  which covers various parts of the body - reducing injuries from punching and striking. Sports task - to reveal the strongest in approximately same conditions, such as weight categories, training levels and competition rules.

considering only the applicable aspect, it was developed and systematized for survival while the settlement of conflicts of varying difficulty. For these purposes the following technical actions are needed: fatal impact, temporary disabling with mutilation of varying severity and as well as impact that leads to control, subjugate with minimal injury or even completely without damage.

Now I would like to consider as a civilian. The principal need for the MA studies is the security in order to protect yourself or relatives, then comes the physical condition as the second important task, which is an integral part of the practice. When these important  tasks are completed, the practitioner draws his attention towards self-improvement. For sports the typical requirement is to satisfy personal ambitions through victory in the competition as well as physical condition. For old school Martial Arts «competitor spirit» is a delusion on the «Way». It is believed that it could develop the arrogant traits in the character.

I noticed that the practitioners arguing about the effectiveness of the system, considering who is stronger or who can inflict more damage. While completely forgetting about the legislative aspect in the case of civil defense.

Let's look at the situation from the point of effectiveness. And pay attention to the methods of influence. Sporting styles could be divided into punching and kicking, grappling and submission, mixed. One case is sports, where athletes are in good physical shape with protective equipment and quite another - street-fight situation. The athlete could face the conflict and will operate as he is used to. How to predict the damage level from a head punch or throw techniques conducted in the street? How to carry out these actions and not to face a violation of the permissible self-defense limits? Delivered punch to the head can have unpredictable consequences. Maybe your opponent is in a good shape and will proceed fighting or he could have damage incompatible with life or disability causes. Also with throwing techniques - will the falling down will be successful or not? You can find a lot of different online videos on demand «kill with a single punch».

As for military techniques all the conversation is turned to the side of injury level, it is about the fact that they are even more dangerous and was originally aimed to the destruction and inflicting of serious damage.

I would like to shift your attention to the topics and methods, implying the capture and control of the enemy with minimal damage or even completely without it.

Masaaki Hatsumi, the head of Bujinkan, focuses on while teaching us not to do more evil in this world, but to control it. The ultimate goal - not to contradict, but to make a friend of your enemy!

How to do it technically?

First of all we control the distance. It should be considered in a broader sense. It is a psychological distance, a sense of personal space, where there is no violation of the psychological boundaries in communication or behavior. Even careless, intent look could break psychological boundaries and provoke a conflict. So, at the first stage we control Sidzen, your natural actioning and internal state, we are ready for everything and we do not give this information. Understanding these points helps to avoid confrontation and aggression arising.

The second stage: we define the action duration: before, during or after attack. In this case, the edge between attack and defense concepts is eroded, there is only an effective action in the most logical point of time.

The third stage: through the proper balancing and direction of movement without any excess intension, optimizing all resources, with all our body we shake the opponent's balance with effecting on bone structure and vulnerabilities, we control the enemy. If we control the balance and structure of the enemy, we could choose what to do with him: cause the damage of varying severity or not. Thus, the same technique can be applied in the military and civil situations because the technique is not the method of injury, but the method of control. If we consider the military situation, the lack of control also leads to difficulties for the consequences prediction, enemy could have fatal damage, but staying in balance, he could cause return damage, as even residual reflexes allow this possibility.

So, practicing any style, we should understand why we are doing it, how we are doing it, what will be the consequences in the event of application. Taking your child to different sections and schools, you also need to understand: why? What will he get in addition to cups, medals and colored belts? Whether applied skills will help or hurt!?

Considering the proposals of sports representatives to test military methods in the gym, it is tantamount to the suggestion for sports athletes to test their methods in the war actions or in the streets. How to adequately fight with sports restrictions? And what about the competition in the streets under the condition where the winner takes a reward in the form of a legal penalty!? The idea to compare who is the best - is in sports. The military task - to stay with your own interests regardless of the situation.

P.S. The idea of this article is not to identify who is the best, but to make the things clear. All the ways are good and deserve respect, the importance is to understand the goals and means.

P.P.S I'm not sure that I will be understood as society opinion is too strong. But at least I’m making such an approach.